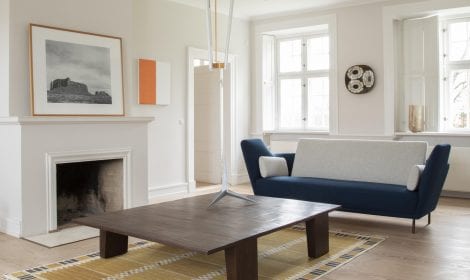 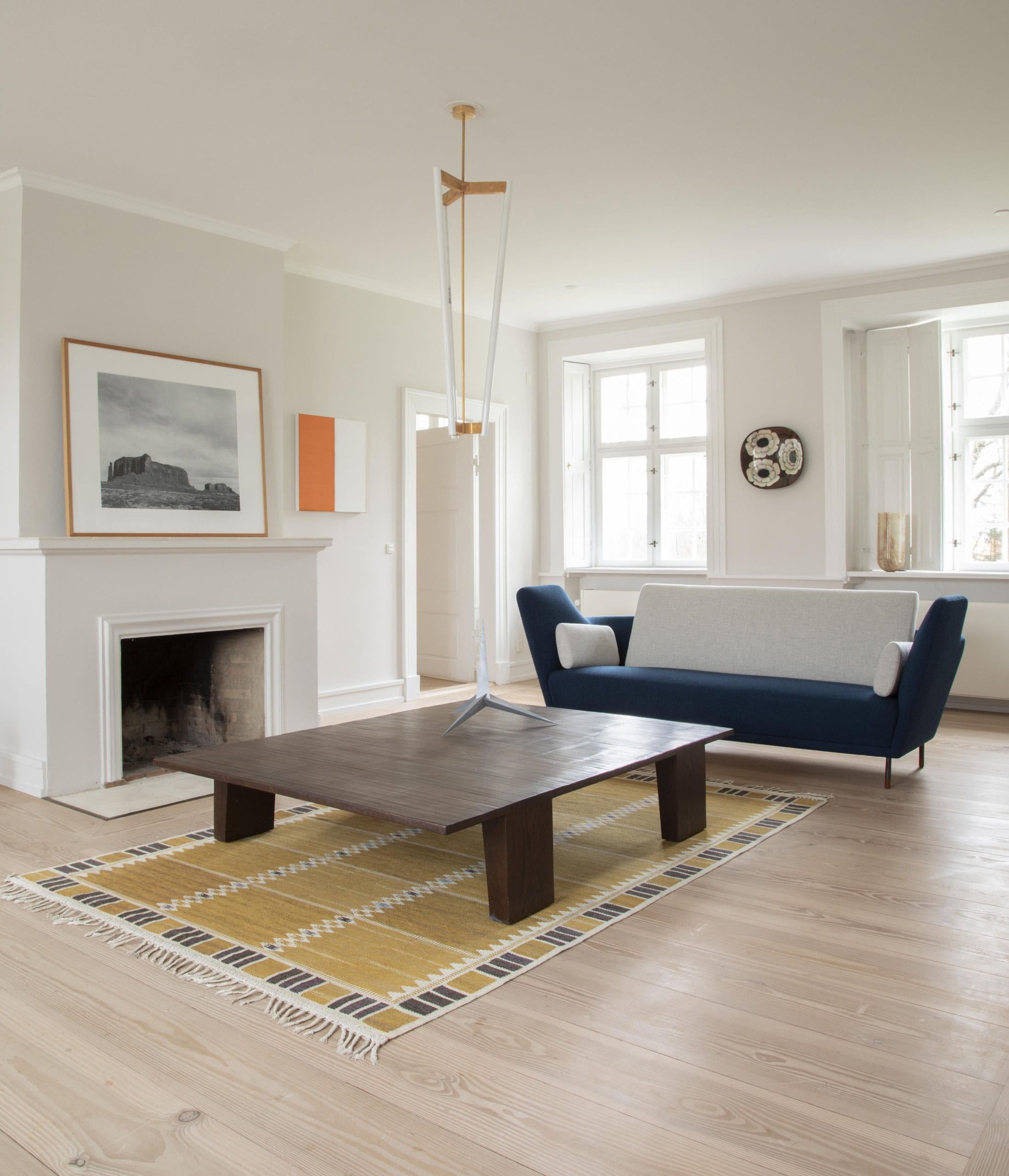 Swedish textile artist Märta Måås-Fjetterström (1873-1941) was a leading figure in 20th century textile design. Living in a time of great change, not least for women, but also at a crossroad between historical design and modernity, she had a vision for new designs rooted in the rich heritage of Swedish folklore but combined with contemporary and new influences.

Märta Måås-Fjetterstrøm (MMF) was educated at the School of Arts and Crafts in Stockholm and worked for different museums and handicrafts associations before founding her own studio in the small Swedish town of Båstad in 1919. She created designs for rugs and upholstery fabrics, employing more than 20 professional female weavers. Her primary source of inspiration was the Swedish countryside with its profusion of flowers and wildlife which she studied in detail. But it is her refined sense of colours and composition, that constitutes her very own style. 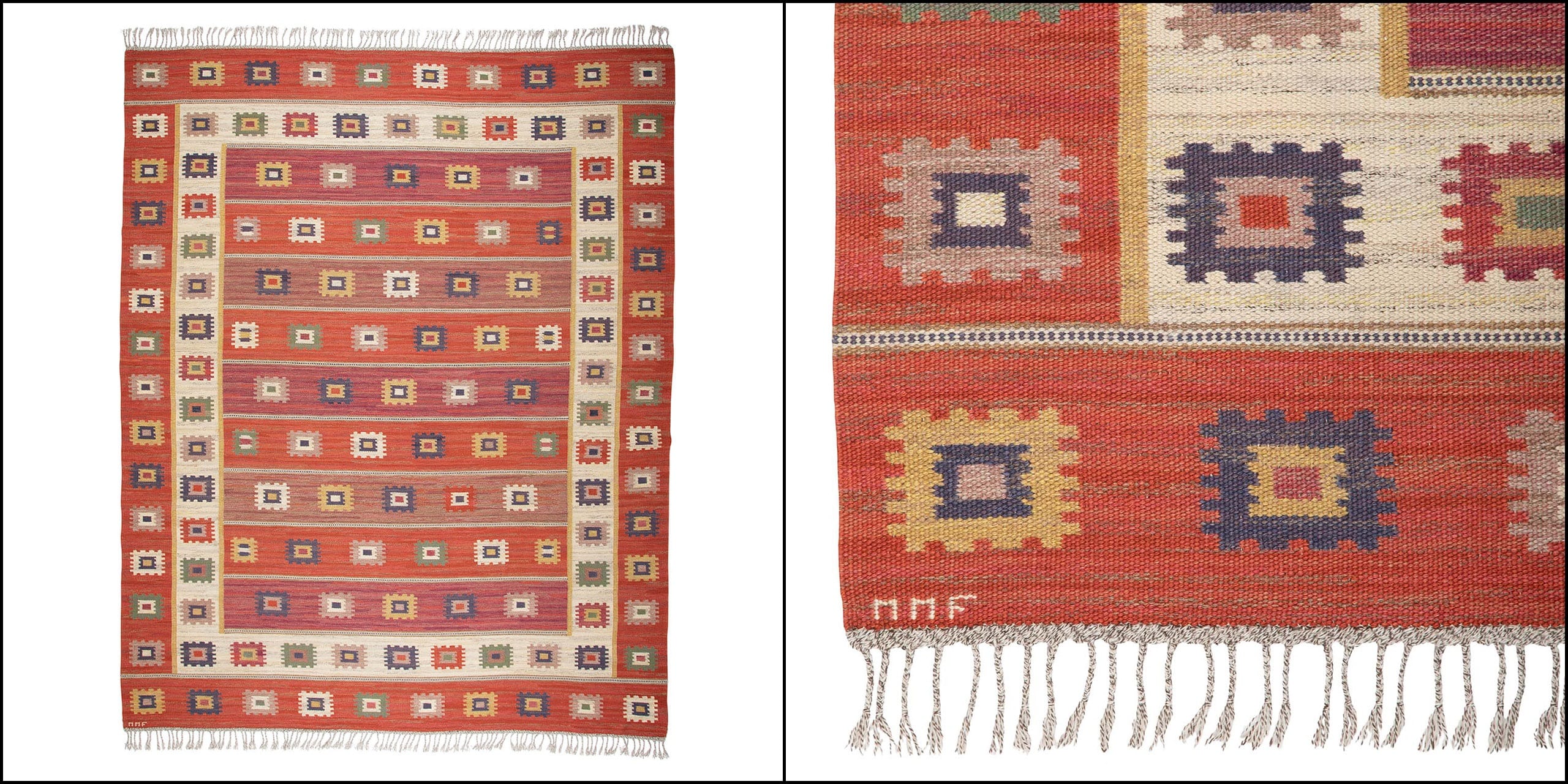 Måås-Fjetterström successfully combined her roles as a visionary artist, a sharp businesswoman and clever director. Even though she found most of her inspiration in the local surroundings she also cultivated a great interest in Oriental patterns and travelled extensively to cities such as Paris, London, Chicago and New York to gain new impressions. In 1934, at the age of 61, she achieved a definitive breakthrough at an exhibition at Liljevalchs Konsthall in Stockholm. Two years later her designs were shown at the British Museum in London and in 1939 she exhibited at the Metropolitan Museum of Art in New York. 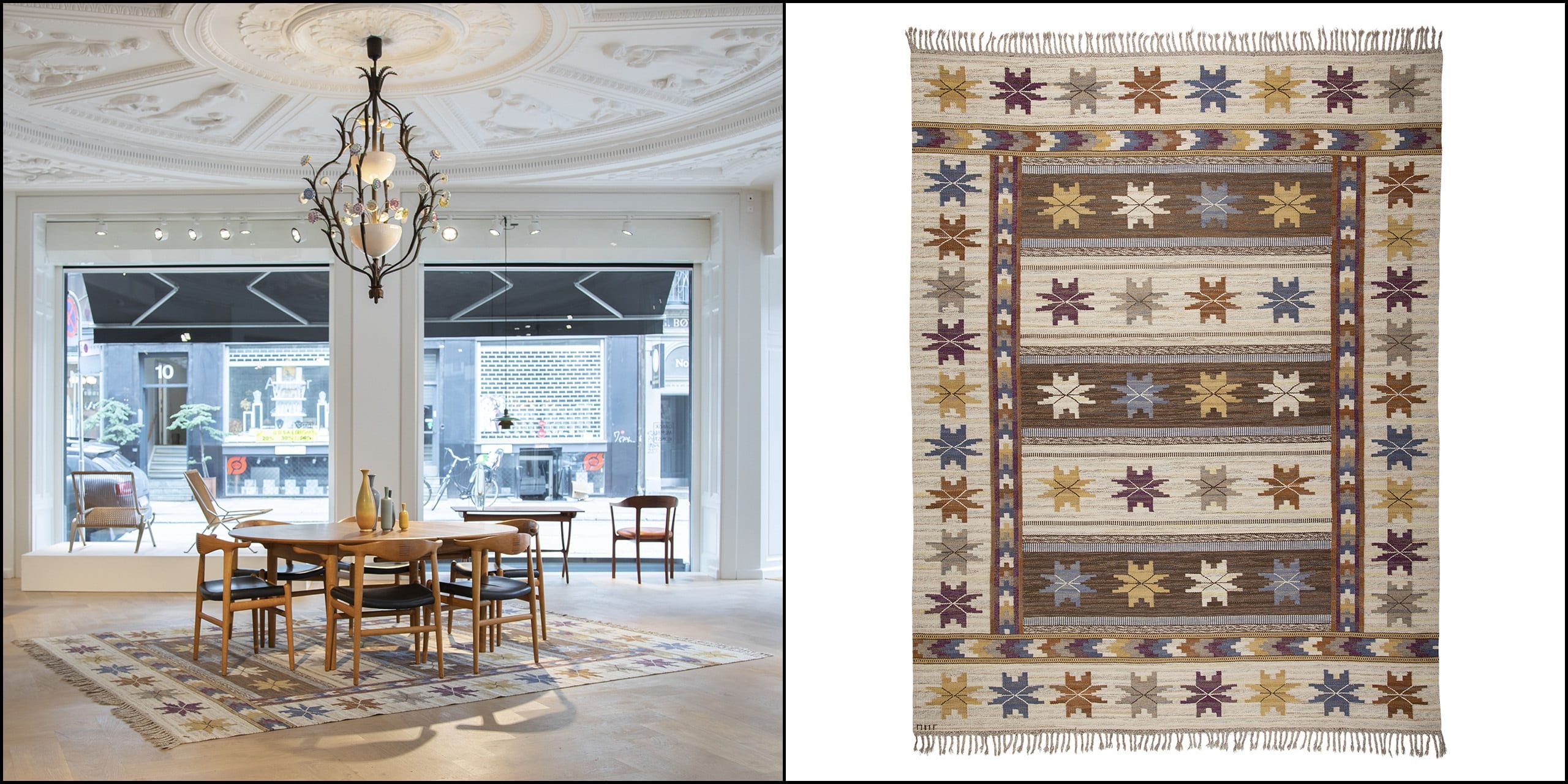 When Måås-Fjetterström died in 1941 a select group of people took steps to ensure that the studio survived. To manage and further develop the workshop in Båstad they chose Barbro Nilsson (1899-1983), a reputable textile artist and weaver, who also ensured that the workshop was to remain open for young artists to maintain a dynamic environment.Nilsson was one of the few textile artists capable of weaving her own designs. During the years 1934-1947 she taught at the University College of Arts, Crafts and Design in Stockholm and was head of the textiles department from 1947 to 1957. Barbro Nilsson was the artistic director of MMF AB for nearly three decades and played a vital part in managing Märta Måås-Fjetterström’s legacy. Nilsson’s designs are characterized by a rich sense of colour and she continuously conceived new colour combinations for her compositions. As a result many of her rugs were woven in numerous colour combinations 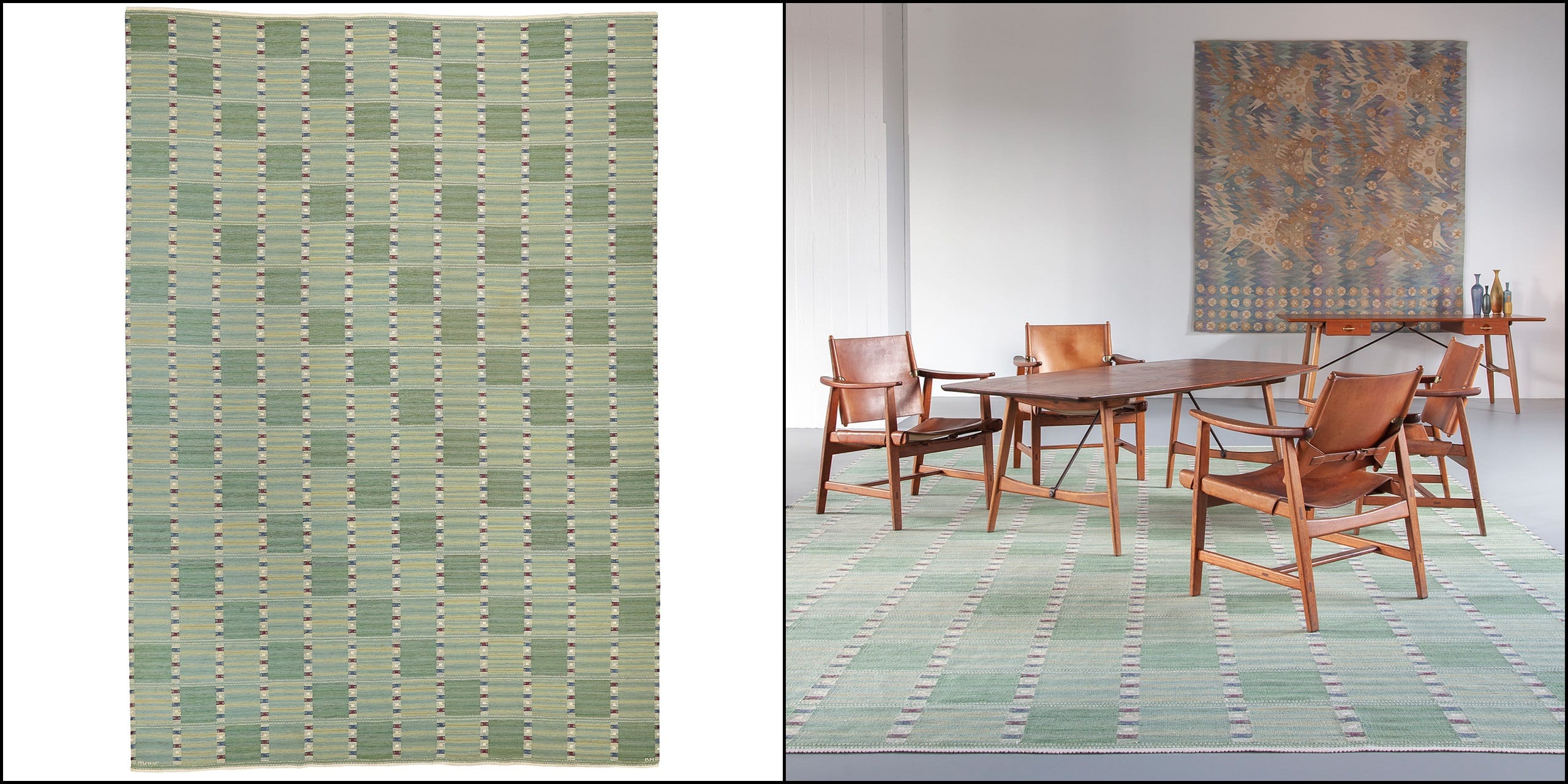 Works from the MMF studio are included in the collection of prestigious institutions around the world including The Louvre, Paris, The Victoria and Albert Museum, London, The Metropolitan Museum of Art, New York and The National Museum of Sweden, among others. 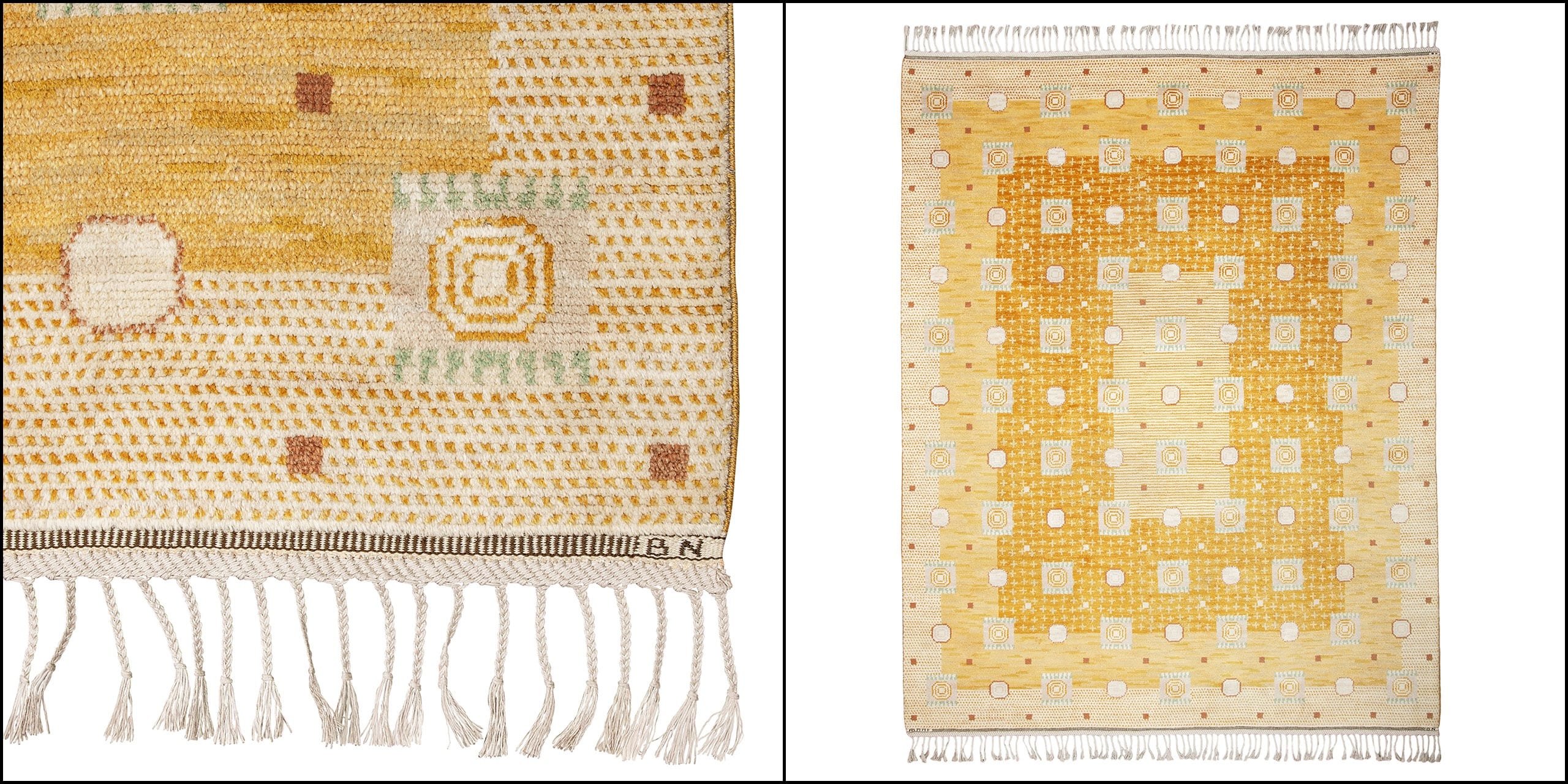 The exhibition has re-opened and is extended until 4 October 2020
For more information please visit: https://www.kungligaslotten.se/english/calendar/events/marta-maas-fjetterstrom-at-the-royal-palace.html 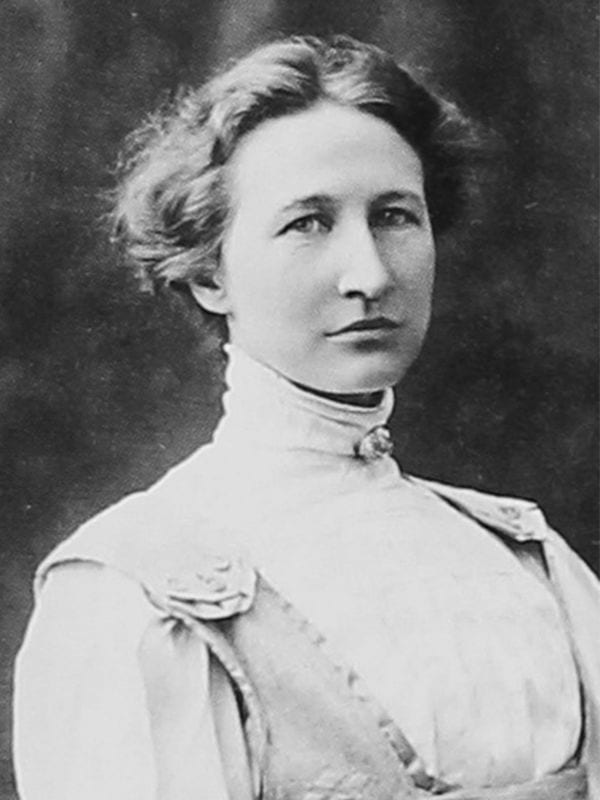