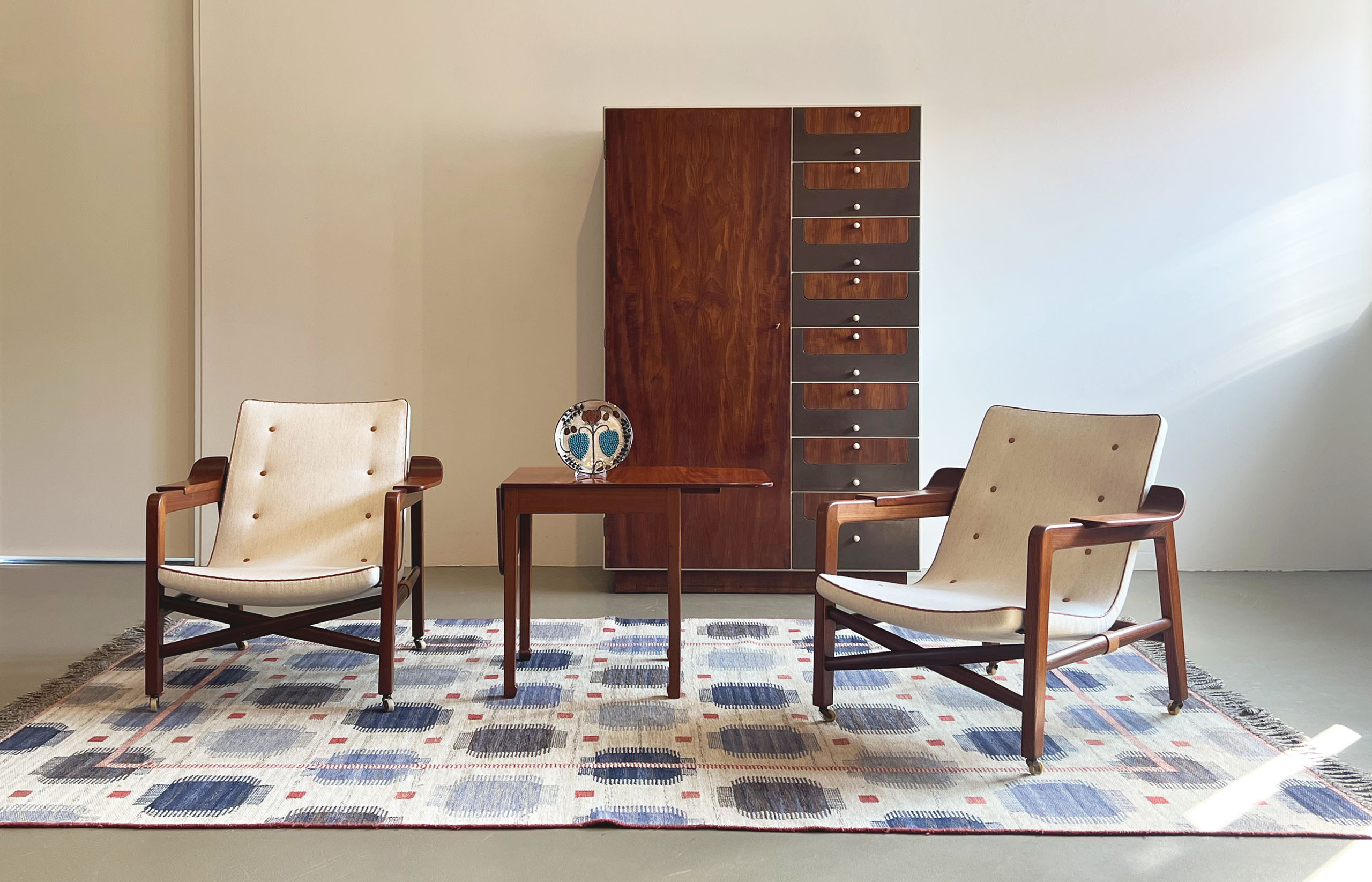 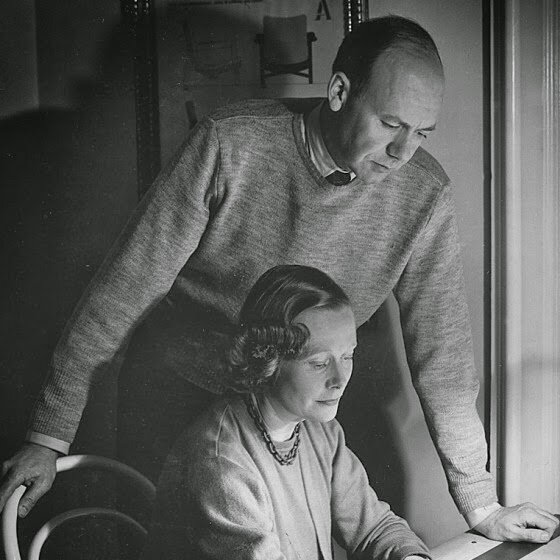 Tove and Edvard Kindt-Larsen were partners in both their personal and professional life. They married in 1937 and established a studio together in 1945. They were both trained architects and met while studying under Kaare Klint at the Department of Furniture Design at The Royal Danish Academy of Fine Arts in Copenhagen. As students of the Klint School, they emphasized simple structures, the use of natural materials, and close collaboration with the cabinetmaker, but they replaced Klint’s voluminous, geometric frames with a softer and more delicate expression.

Edvard Kindt-Larsen (1901-1982) began his career collaborating with Klint on the celebrated Mix chair from 1930. Tove Kindt-Larsen (1906-1994) started out working in the drawing office of architect Tyge Hvass. In the 1930s she participated in the Copenhagen Cabinetmakers’ Guild Exhibitions with a small production of furniture that cemented her status as one of the most promising designers of her generation. This distinctive Lady’s desk in elm was part of the collection presented at the exhibition in 1936 when she still carried her maiden name, Reddersen. It is harmoniously composed and has an extraordinary modern, yet very time-specific 1930s aesthetics with a soft, rounded outline. It was exhibited as part of a theme ‘Young people’, a room with furniture in elm made in collaboration with cabinetmaker H.M. Birkedal Hansen. 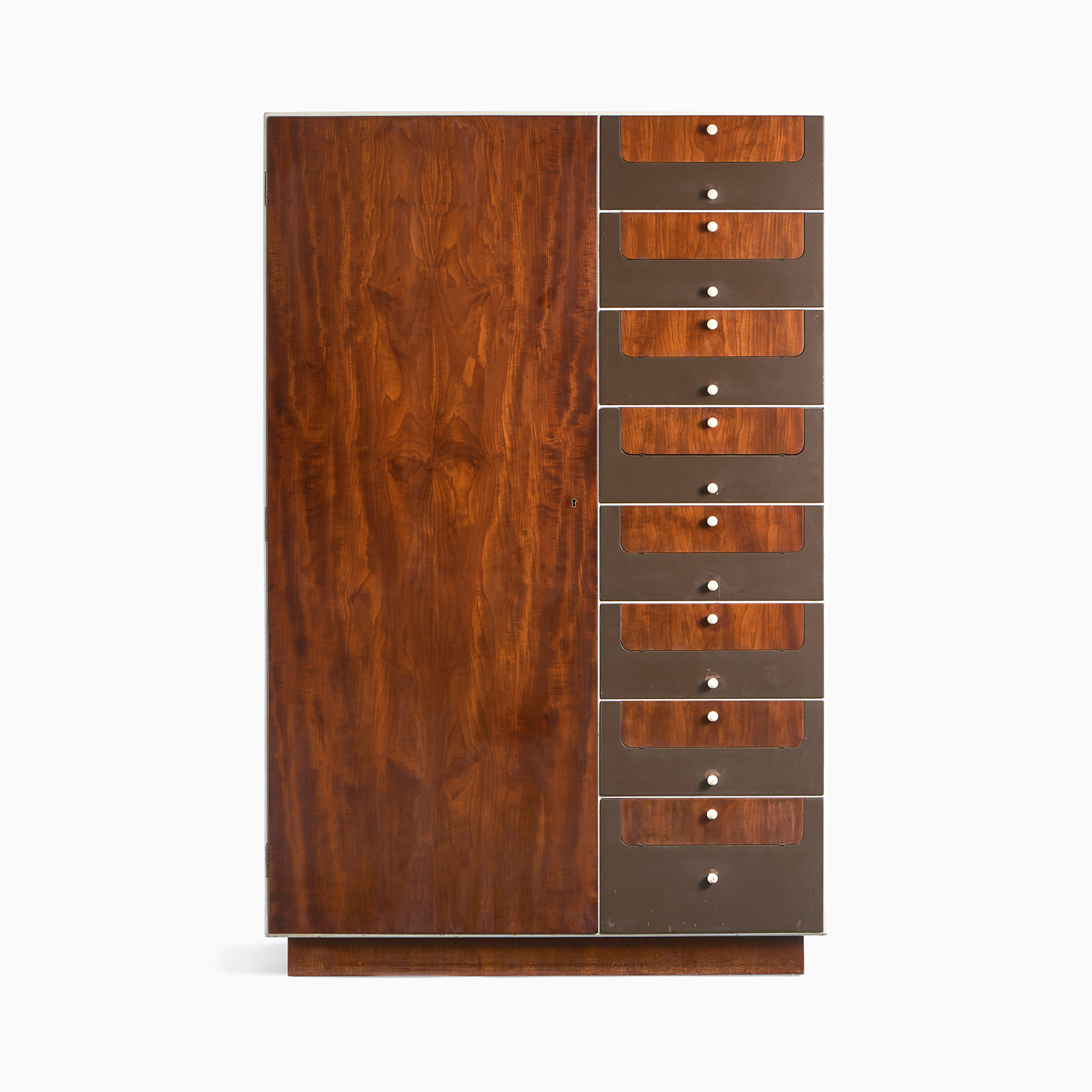 They began their professional partnership in the late 1930s and the present cabinet is one of the first pieces they designed together. It was shown to the public for the first time at the Copenhagen Cabinetmaker’s Guild Exhibition in 1938, where it was part of an ‘Adam and Eve’ bedroom suite 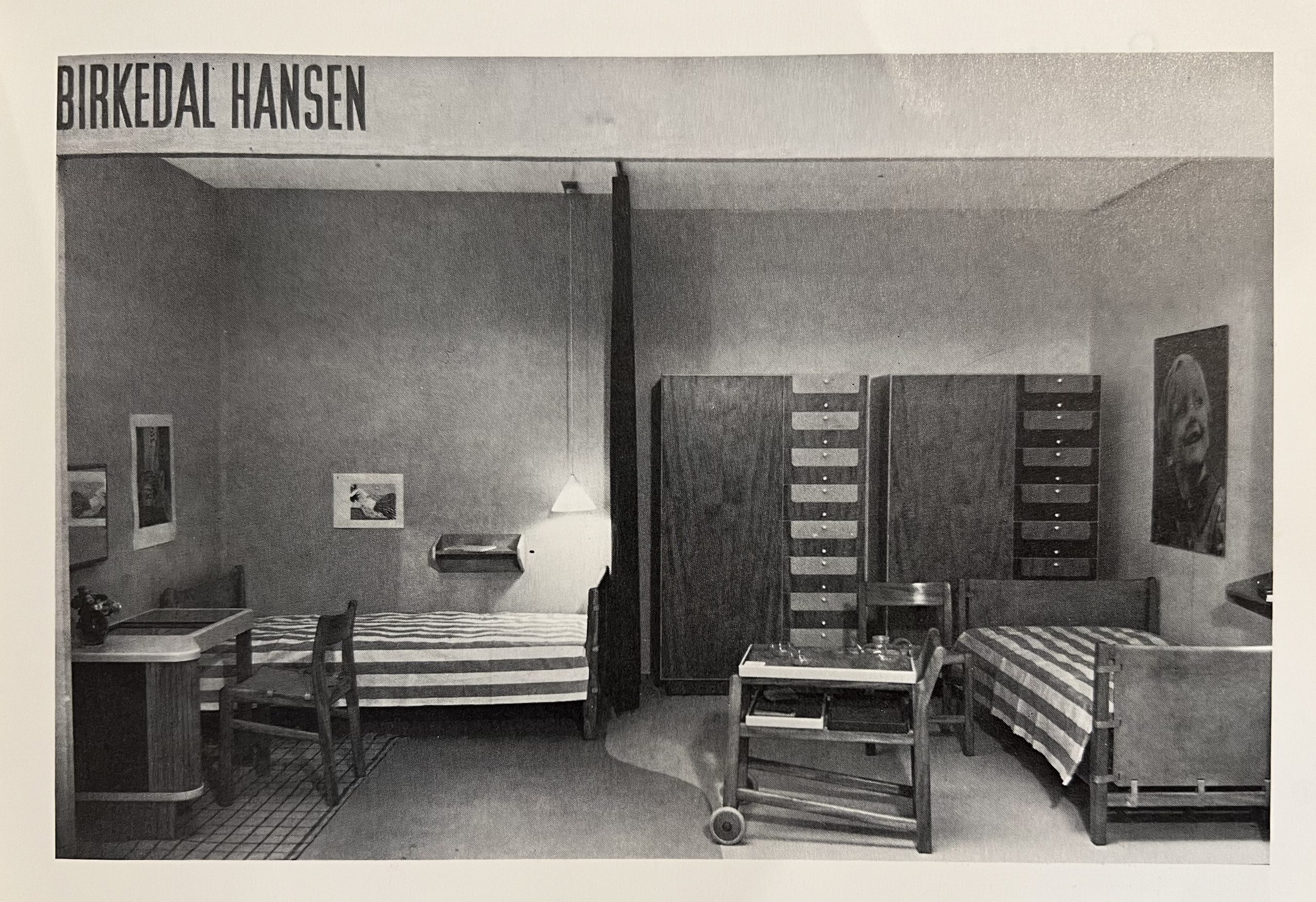 The suite had identical single beds and a pair of almost identical cabinets were it not for the differently painted drawer fronts – the present cabinet in dark grey and the other in light grey, a playful way of signifying the yin yang synthesis of an Adam and Eve bedroom. The Cuban mahogany in combination with the painted drawers adds a refined decorative effect. The cabinet testifies to an exquisite sense of materials and high demands for craftsmanship, expertly executed by master cabinetmaker H.M. Birkedal Hansen. 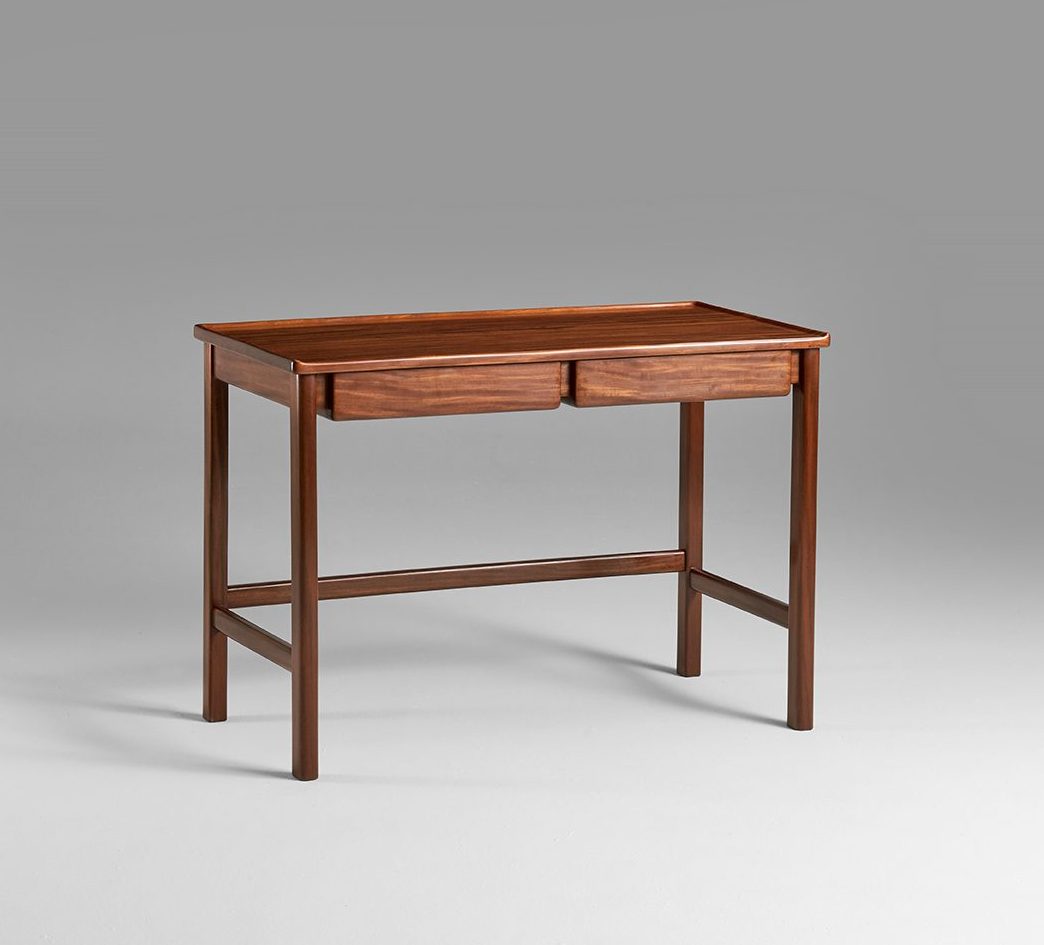 Another of their early pieces is the present desk in Cuban Mahogany, designed in 1939. It is characterized by elegant simplicity, delicately designed details with soft finishes and excellent craftsmanship by cabinetmaker Gustav Bertelsen that enhances the tactile experience of the material. The soft organic outline of the drawers references the lady’s desk designed by Tove and underlines their equal creative influence. 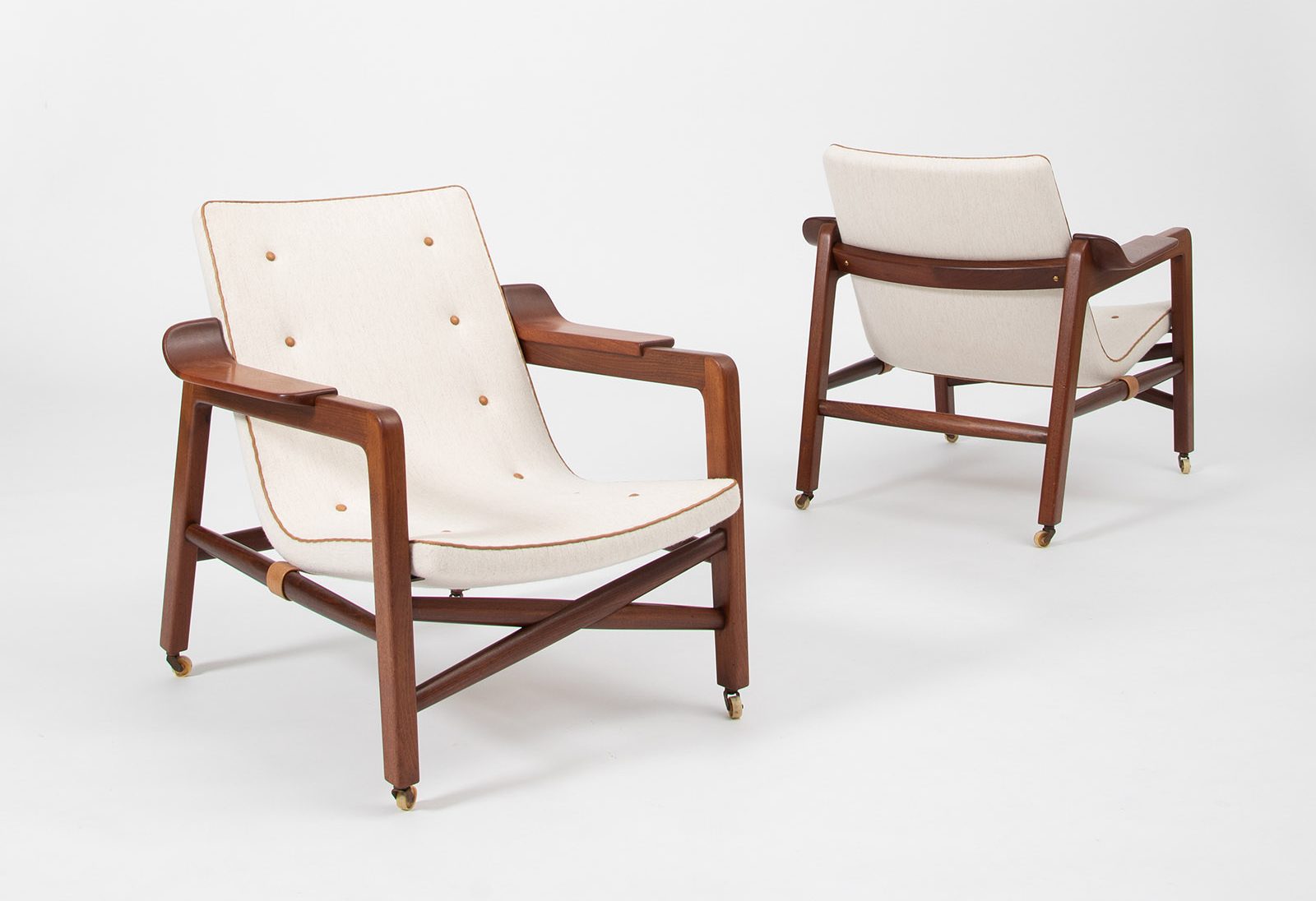 The Fireplace chair was likewise designed in 1939 and presented at the Copenhagen Cabinetmaker’s Guild Exhibition in 1940, where it was awarded First prize. The chair was especially praised for the elegant execution of separating the upholstered elements from the wooden frame, and today the chair is one of their most coveted pieces. 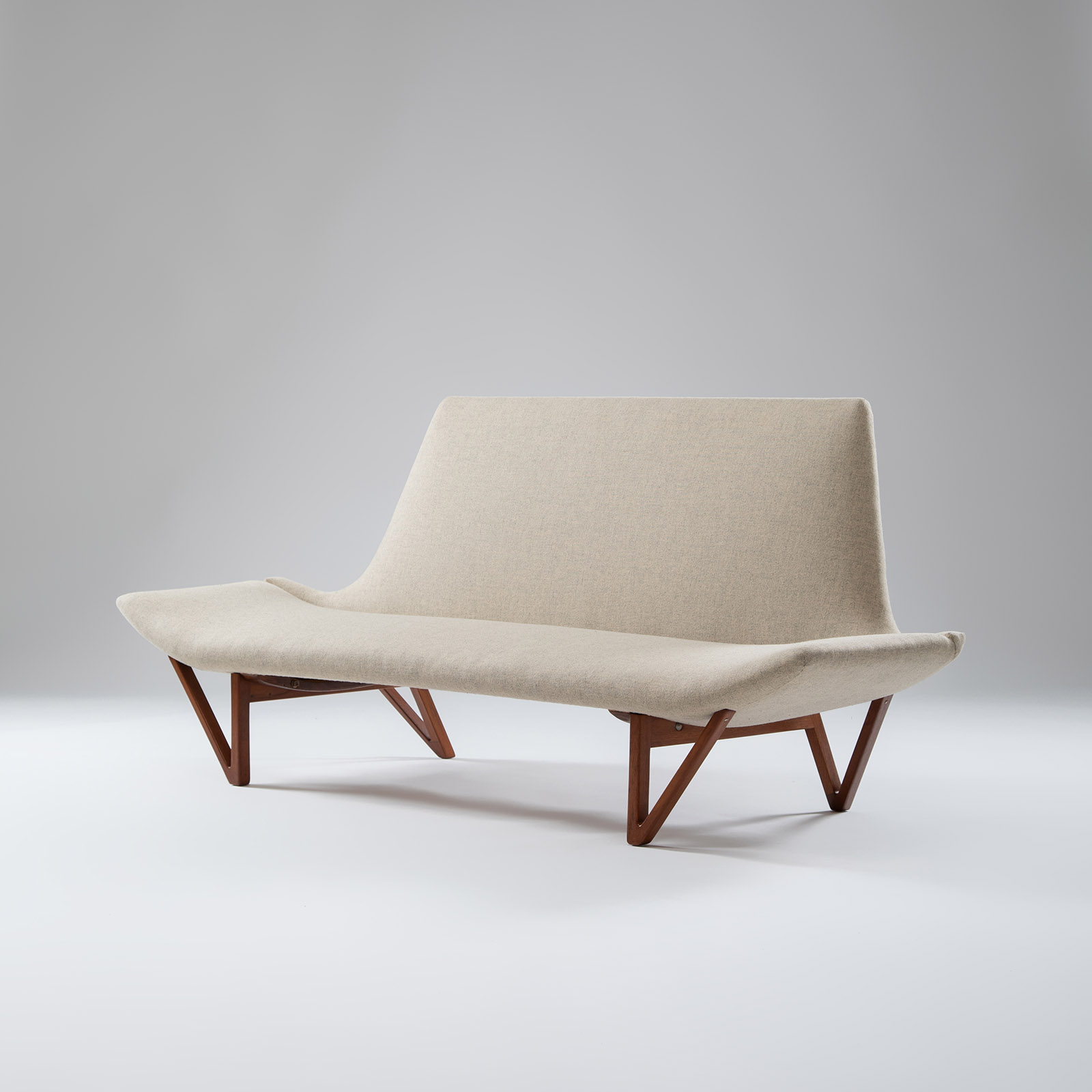 The ‘Pagoda’ sofa, designed in 1956, is an example of their later work and stands as a testimony to their impeccable sense of understated elegance. Characterized by an unconventional outline, with a soft and subtle demarcation between the seat and back, the sofa reflects their artistic sense and modern aesthetic. The sculptural shape of the legs compliments the organic and contemporary appearance of the piece. 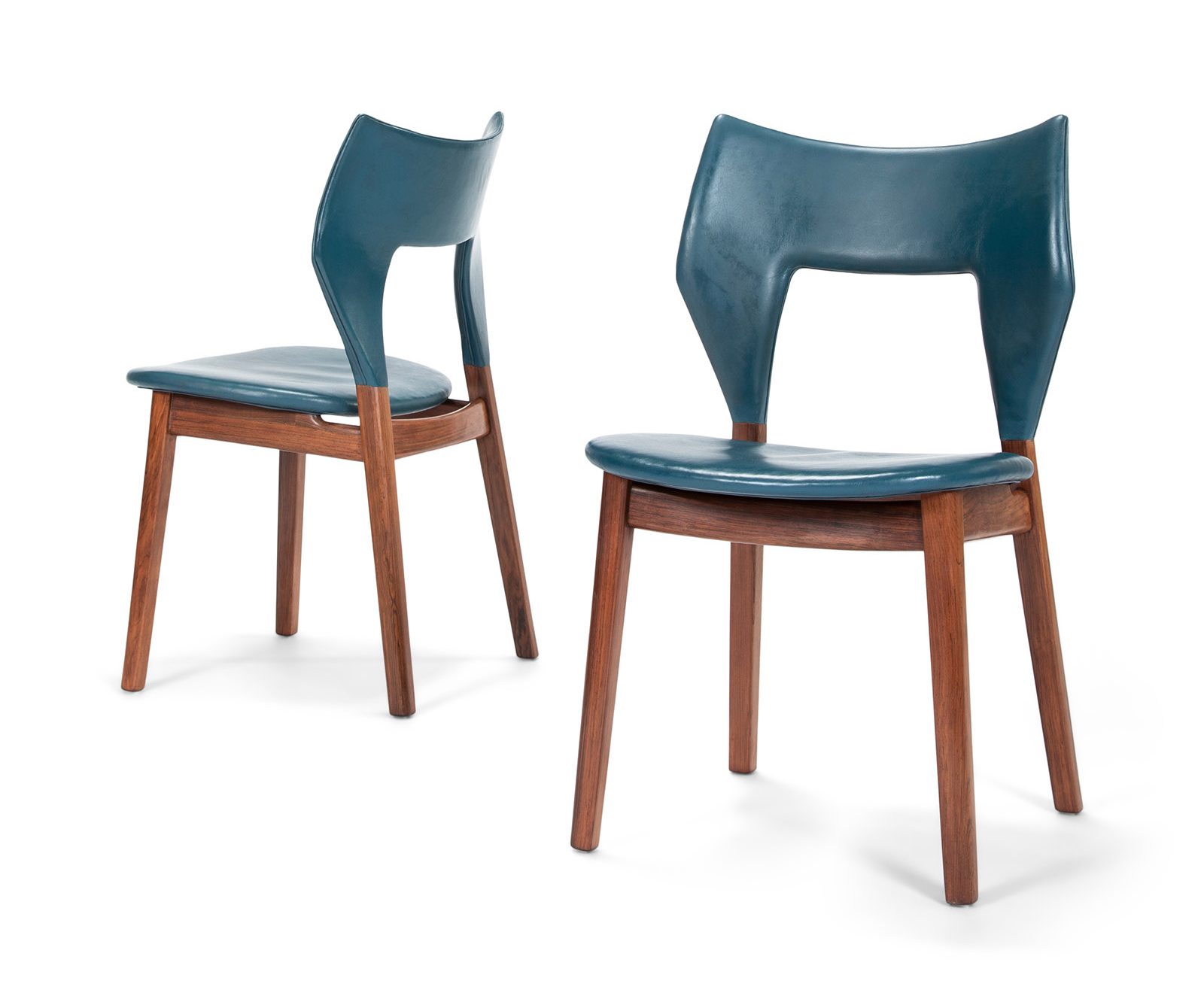 The present dining chair, designed in 1960 is another example of their continuous creative output. The construction is extremely solid with the use of rosewood not only on the visible parts of the chair but also underneath the seat, testifying to the exquisite sense of materials and high demands of craftsmanship, which the Kindt-Larsen couple inherited from Klint. The chair was expertly crafted by cabinetmaker Thorald Madsen and the present set of six chairs retain the original dark blue leather.

In addition to trailblazing furniture design, the couple’s output included silverware, jewellery and textiles. From 1943 to 1966 Edvard Kindt-Larsen was in charge of designing and curating the Copenhagen Cabinetmakers’ Guild Exhibition – an assignment in which they were both deeply involved – and the couple had a tremendous impact on the successful Danish transformation from a Victorian-like Style to modernism.