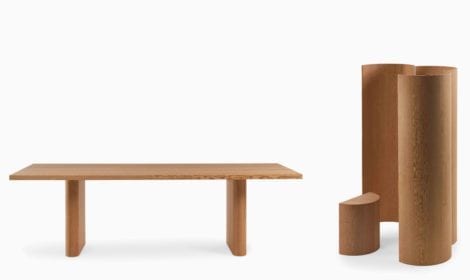 When designing a new line of furniture for Dansk Møbelkunst Gallery Michael Anastassiades chose Oregon Pine. “I like the quality of pine, its honesty,” he says. “We used it in a kind of solid state and aimed for a very linear result in the texture of the wood. Pine is obviously not as art-associated as wood types like mahogany, or even elm and oak, but that is what I like about it – to take a material and transform it into something else. I also very much like the beautiful pieces which Axel Einar Hjorth did in pine, these are very monumental, solid furniture pieces. There is an interesting reference there.”

Working on this project, Anastassiades also resumed one of the most distinctive features of Danish furniture making; the close collaboration between designers and cabinetmakers: “I wanted to bring the qualities and knowledge of the cabinetmaker into the process of designing the pieces – this profound sense of the material and its possibilities. So our conversation happened quite early on. It was not so, that I designed the pieces and then passed the drawings on to the cabinetmaker, asking him to do it. It was very much a conversation that happened throughout the process”, he says.

“Timelessness is also about materials and how you use them – you need to use them with honesty and care”, he says. “It is the continuous interaction with time that makes a design timeless.” 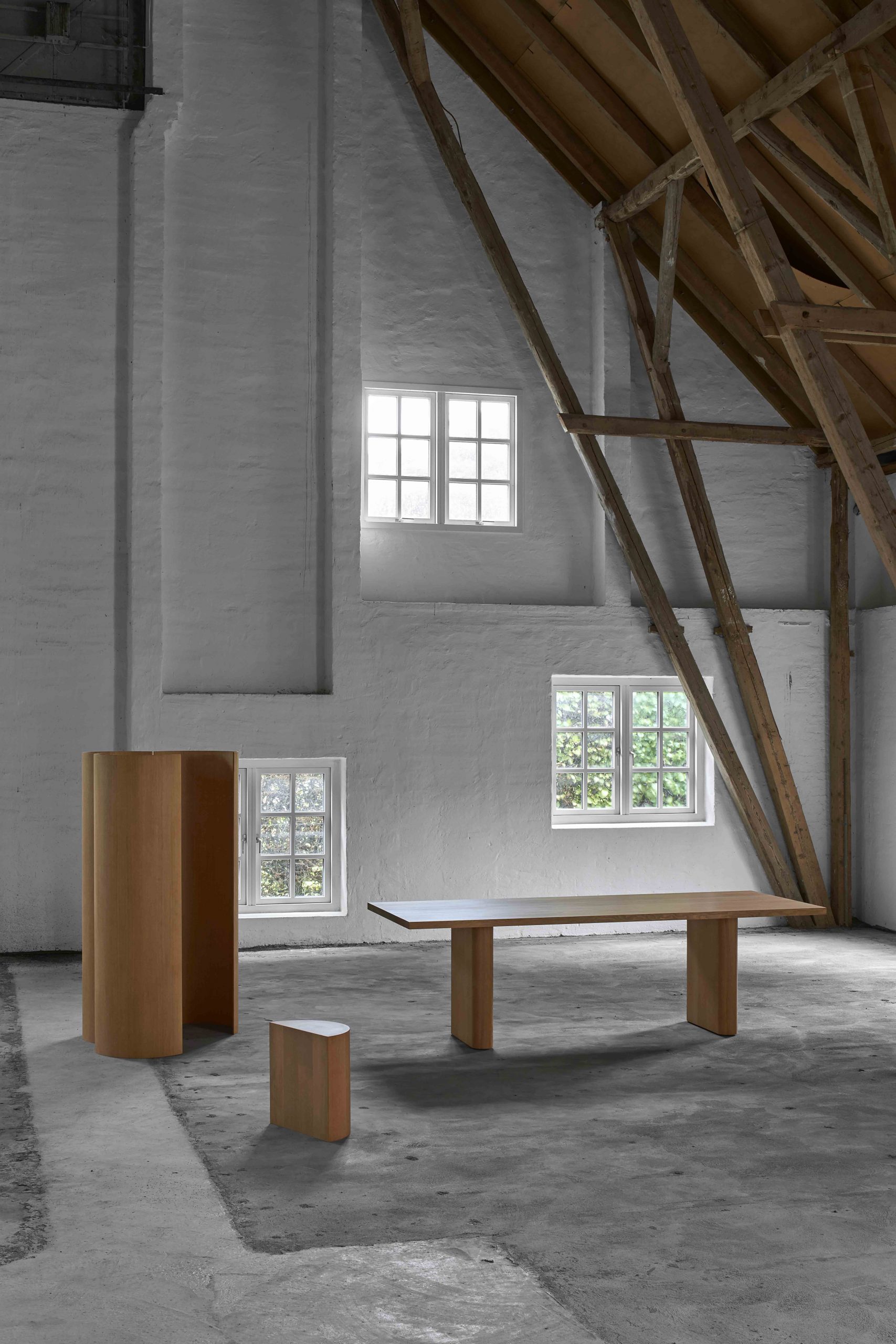 Exclusively for Dansk Møbelkunst, Michael Anastassiades has designed a group of furniture, consisting of a table, a stool and a screen, collectively titled Halfway Round.

Anastassiades’ furniture for Dansk Møbelkunst is made as a limited edition.