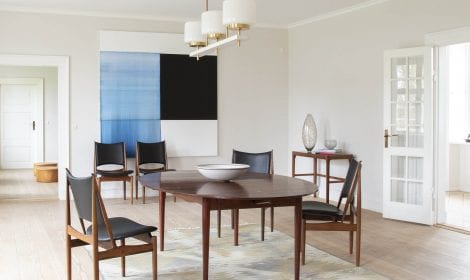 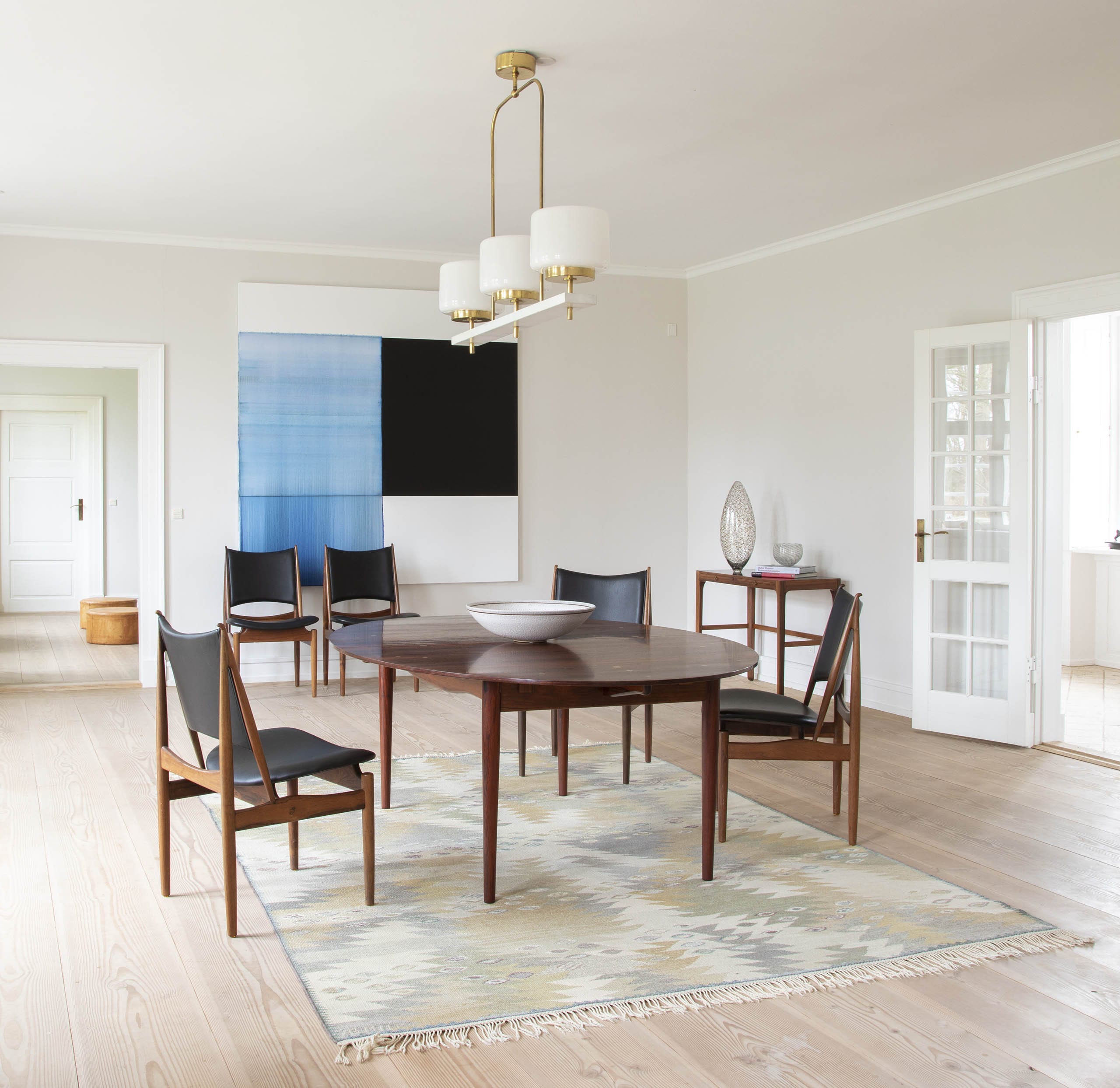 Finnish designer Paavo Tynell (1890-1973) originally trained as a blacksmith and continued his studies at the Helsinki University of Industrial Arts from where he graduated in 1917. Straight out of school, Tynell co-founded Taito Oy in 1918 – a company that was to become instrumental in the production of light fixtures in Finland in the early 20th Century.

As advances in electricity gained way, Taito Oy decided to focus on lighting design and with Tynell at the helm as chief designer they began designing lamps for the newly modernized homes across the country. The lights were made by hand in limited quantities and many were produced as special commissions for hotels, banks and churches as well as for private clients 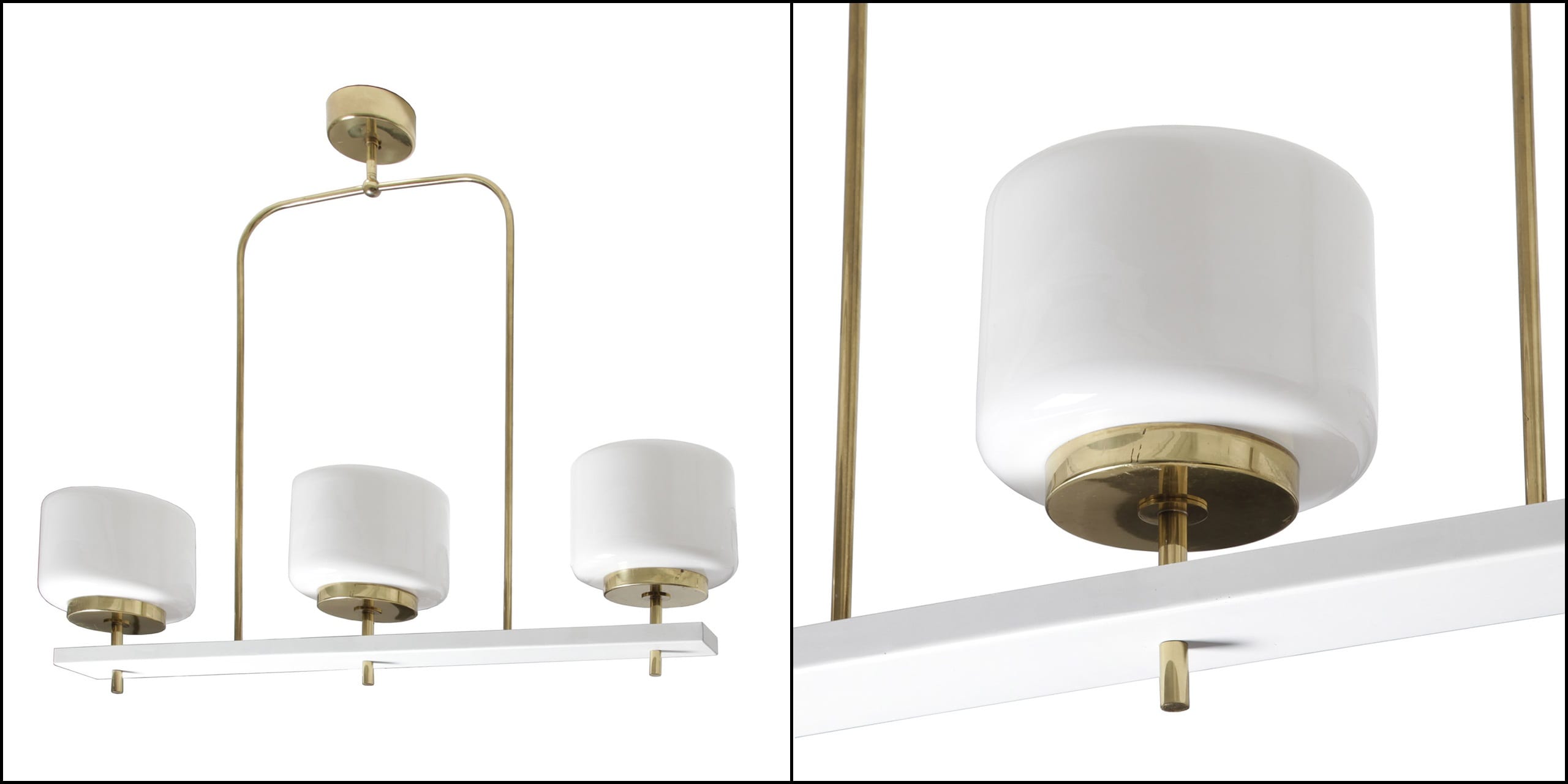 Tynell’s designs possess a traditional aesthetic with a modern sensibility, merging simple decorative shapes with sculptural elements. He favored brass for its beautiful warm glow and combined it with glass and natural materials like leather and rattan, he designed decorative and functional light fixtures that remain just as alluring today.

In 1953 the majority of Taito Oy was sold to the Finnish lighting company Idman Oy. Tynell continued designing for the company and Idman’s focus on a more serial production led to an international career for Tynell which saw him designing for the American lighting companies Lightcraft Inc. and Lightolier inc. Through his long career he also worked with other great designers and architects of his time such as Alvar Aalto, with whom he collaborated on light fixtures for the Paimio Sanatorium, the Savoy Restaurant and the Viipuri library. 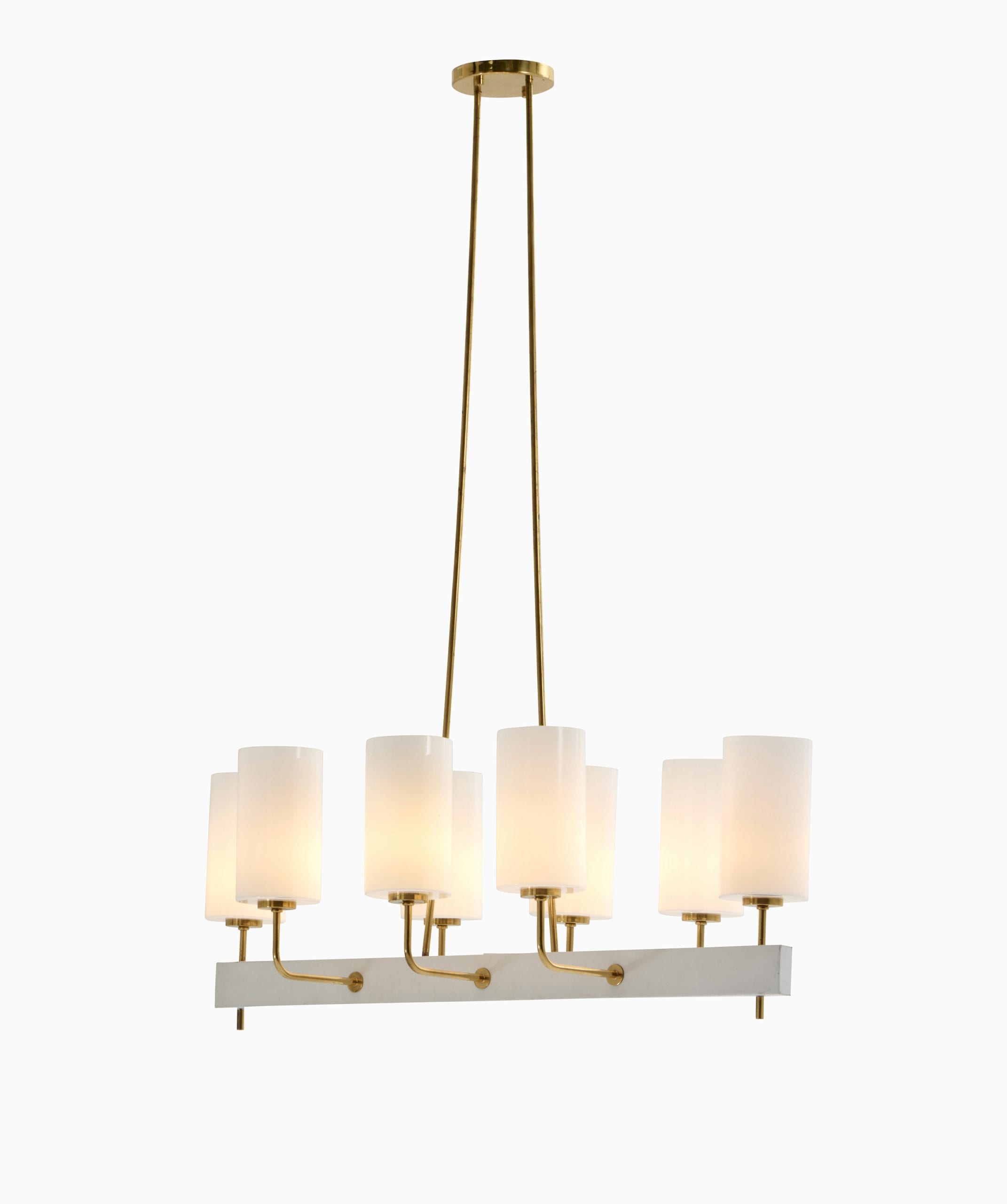 The present three- and eight-armed chandeliers were commissioned in 1963 for a church community Center in Joensuu, Finland. They possess an impressive and majestic grandeur, not least because of their significant size. The warm glow provided by the opaline glass shades, reminiscent of large block candles, embodies them with a very atmospheric and welcoming quality. 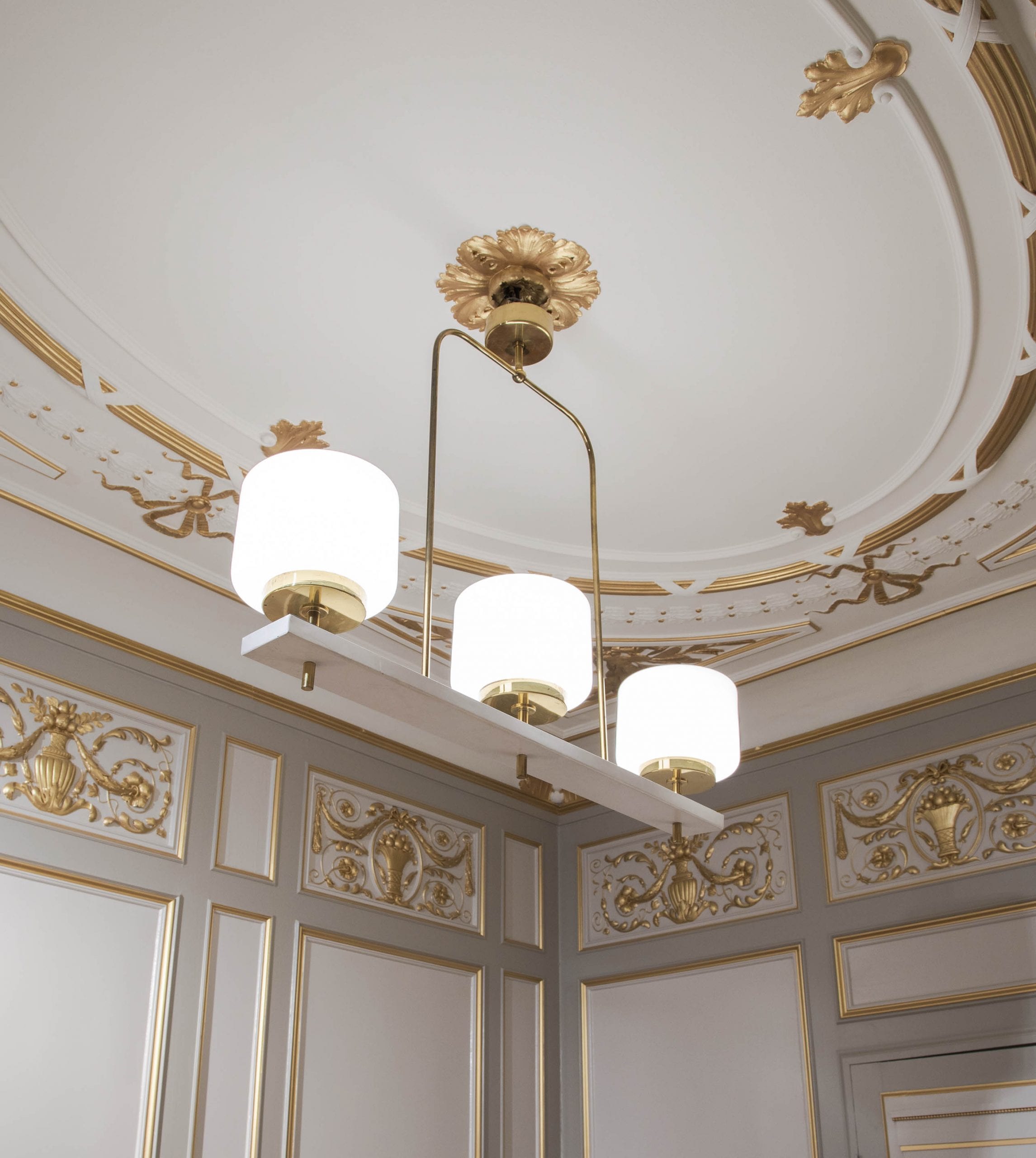 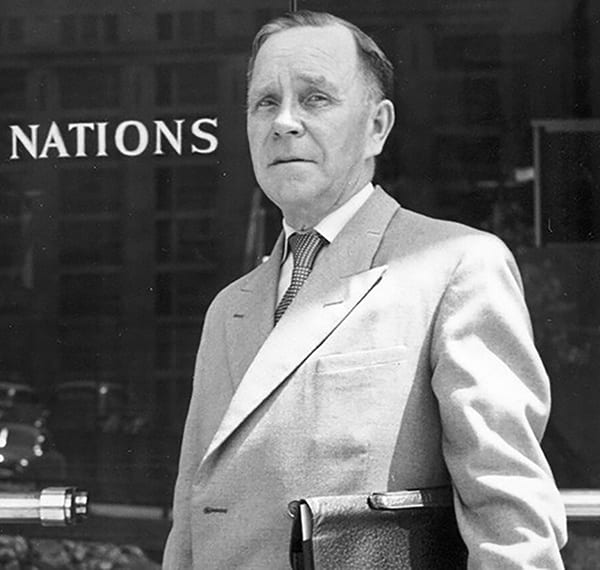