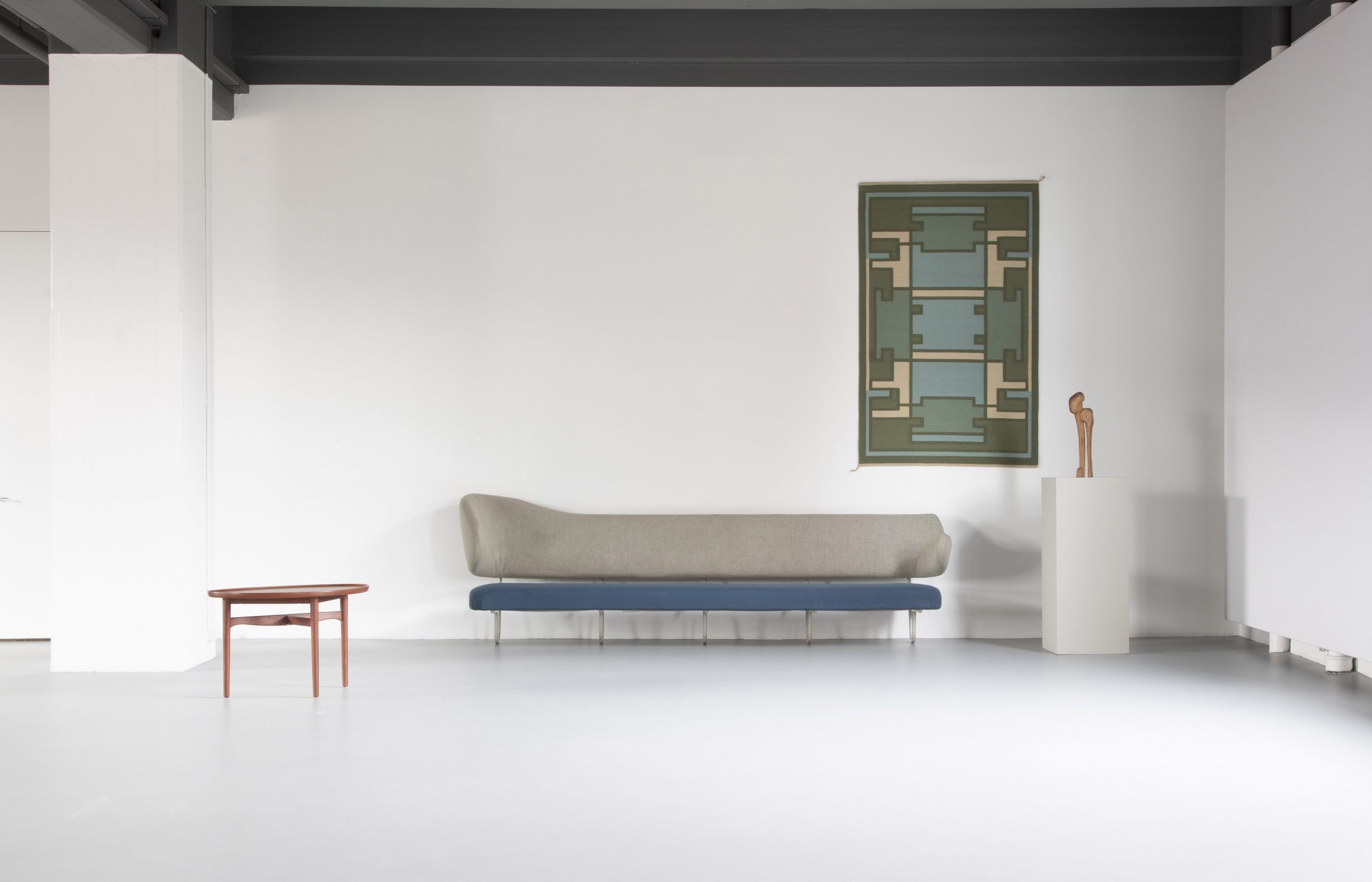 We are very pleased to present our latest gallery exhibition

Architect Finn Juhl (1912-1989) was one of the most prominent furniture designers of the 20th century. An innovative furniture sculptor, who broke with the established traditions by exploring a more liberal interpretation of the relationship between form and function. Juhl followed his artistic intuition and developed an independent expression where form was considered equally important as function. Juhl’s devotion to form, inarguably came from his lifelong interest in fine arts, which led him to a close personal relationship with artists Erik and Anna Thommesen.

Erik Thommesen (1916-2008) was a celebrated sculptor working primarily in wood. His work is characterized by soft, rounded shapes and abstract motifs with the human figure as his primary inspiration. Like Juhl, he distanced himself from the traditional methods of his field, insisting on the importance of the simple form, thus challenging the artistic narrative of his time. 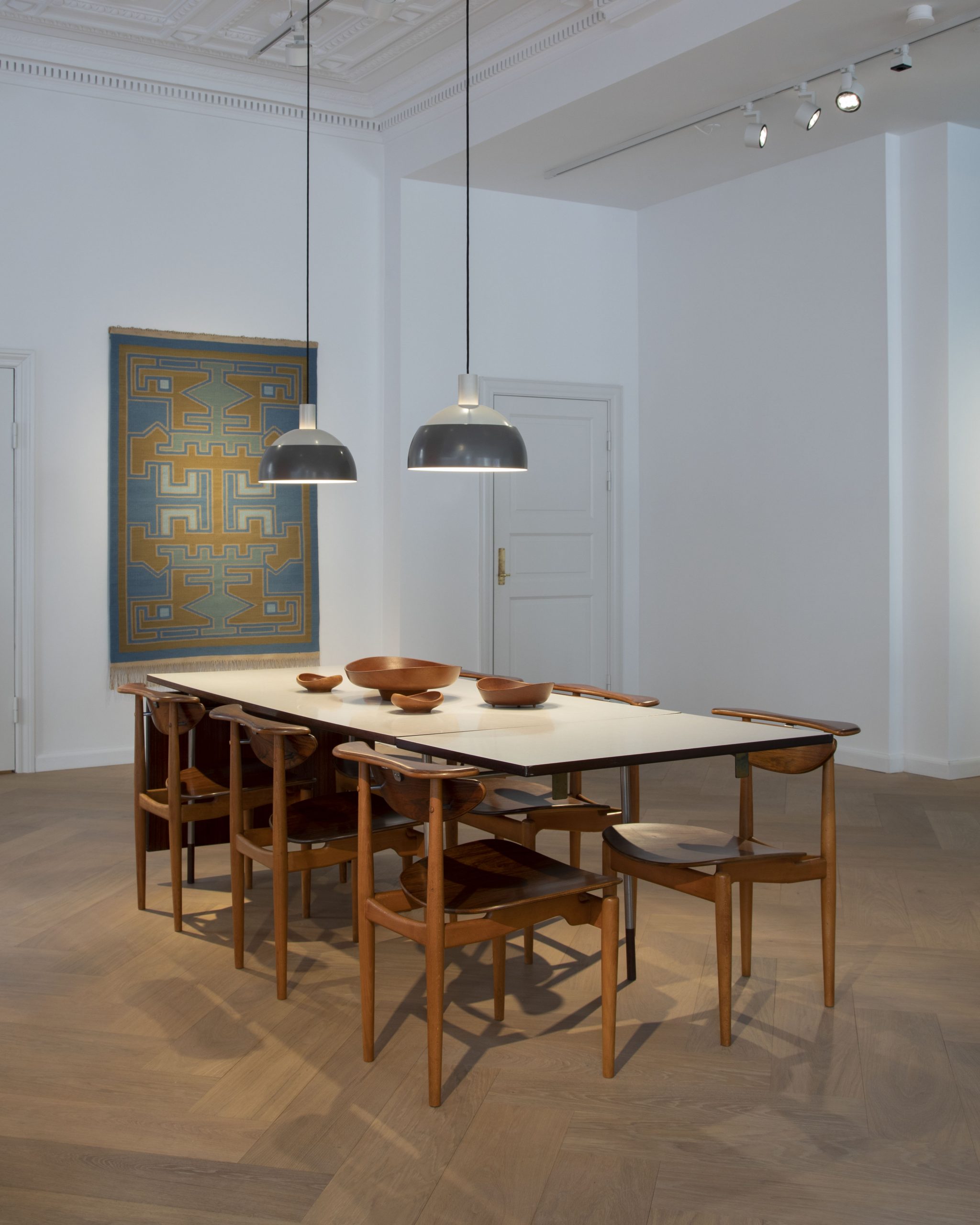 Textile artist Anna Thommesen (1908-2004) applied a strict constructivist approach to her tapestry and rug compositions. Her work is characterized by clearly defined, abstract-geometric motifs, countered by a calm and harmonious color scheme. 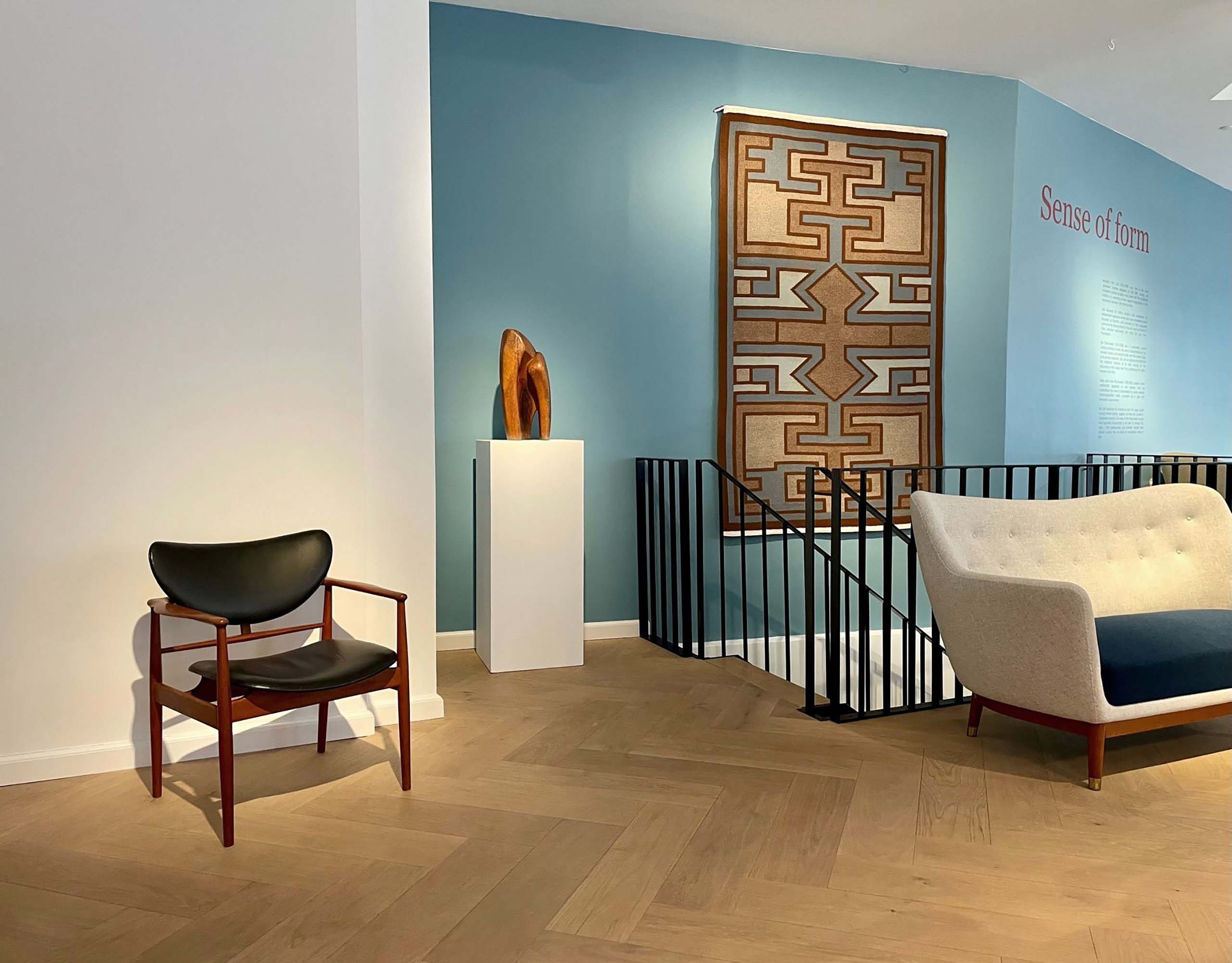 Finn Juhl envisioned his furniture as part of a larger spatial concept where furniture, applied and fine arts created a conceptual harmony. The works of the Thommesen couple were frequently incorporated in his work to achieve this vision – both professionally and privately. Despite their different oeuvres, they all shared an exceptional sense of form. 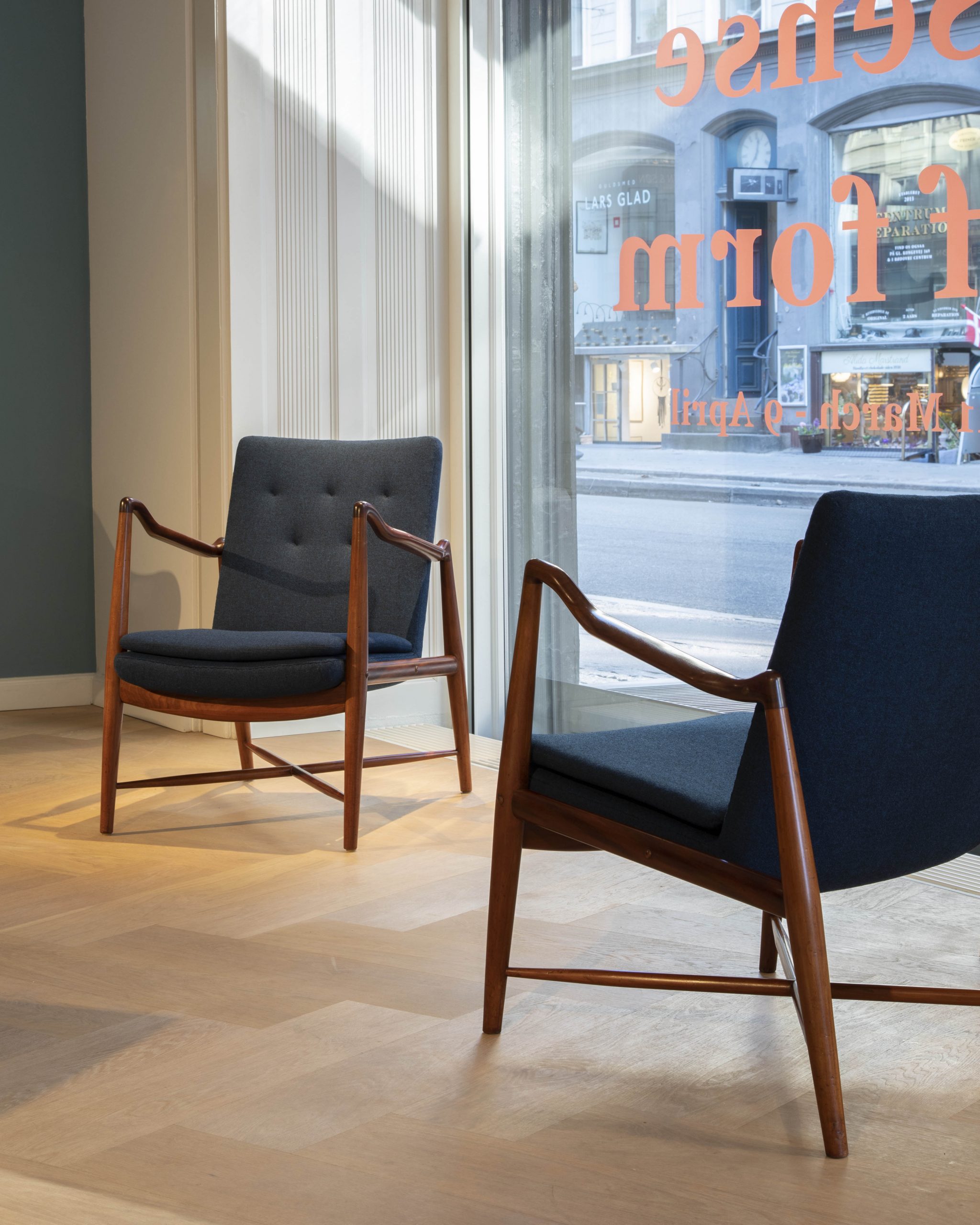 ” It’s about rhythm, energy, form and simplicity because simplicity reveals every flaw in the form. Art and craftmanship cannot be separated.”
Erik Thommesen 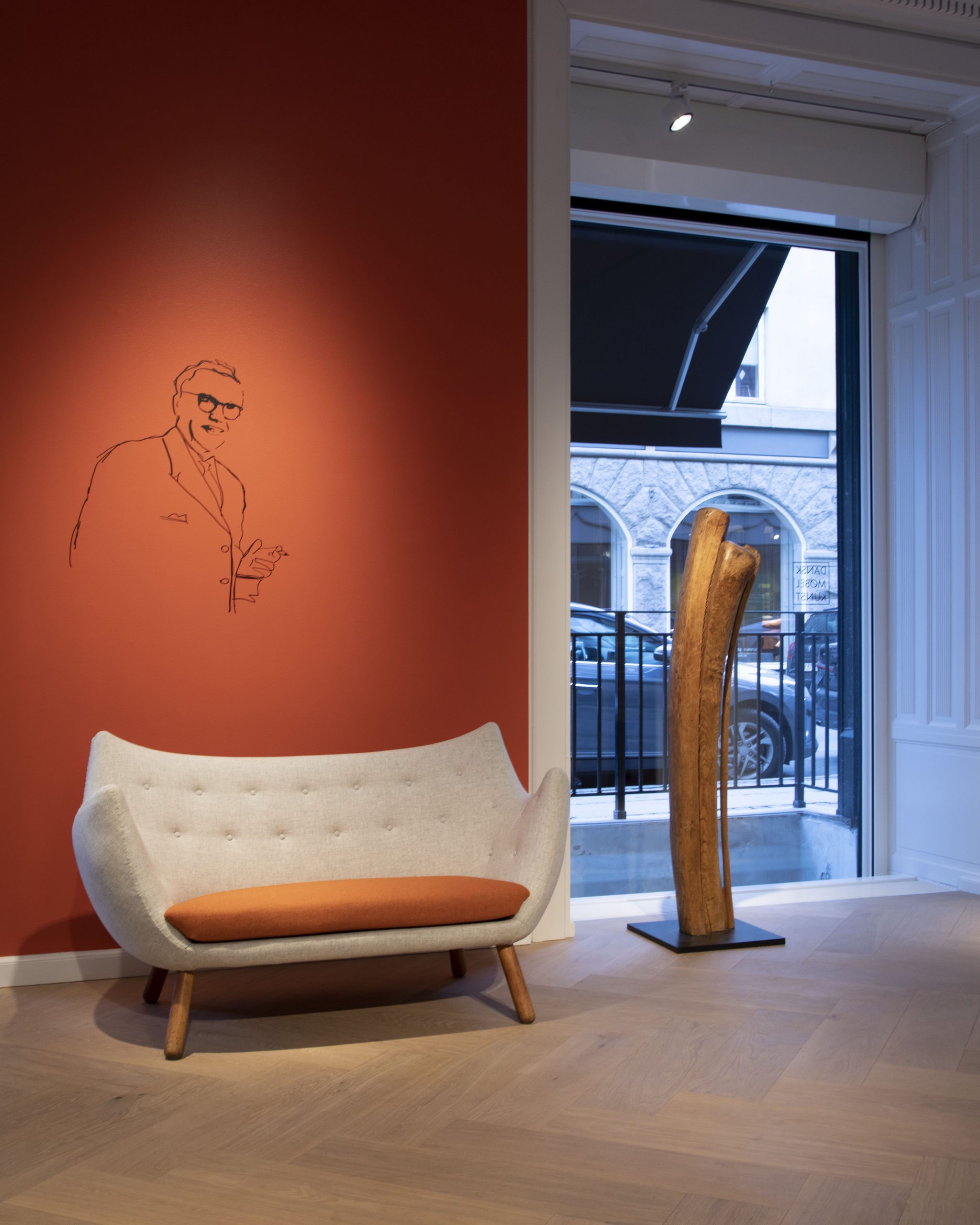 The exhibition is open until 9 April