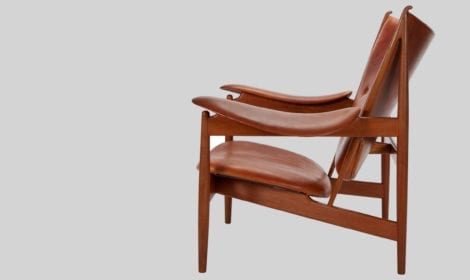 The Chieftain chair, designed for the Copenhagen Cabinetmakers’ Guild Exhibition in 1949, is regarded as one of Finn Juhl’s main accomplishments. The present example in teak and natural leather was made in close collaboration with the skilled craftsmen, cabinetmaker Niels Vodder. Juhl found inspiration in the shapes of African tribal weapons and utilitarian objects, as well as in early Egyptian furniture. The chair’s triangular construction, formed by the back posts, the oblique aprons under the seat and the horizontal post supporting the back, is a reworking of a motif known from the chairs found in the grave of Tutankhamen, just as the characteristic meeting between the back posts and support is a familiar motif from ancient Egyptian furniture. The Chieftain chair is a sizeable chair, yet it does not appear heavy. The distance between the seat and the armrest allows the surrounding space to flow freely between the upholstered elements, just as the frame with its triangular spaces is visually balanced and elegantly finished. 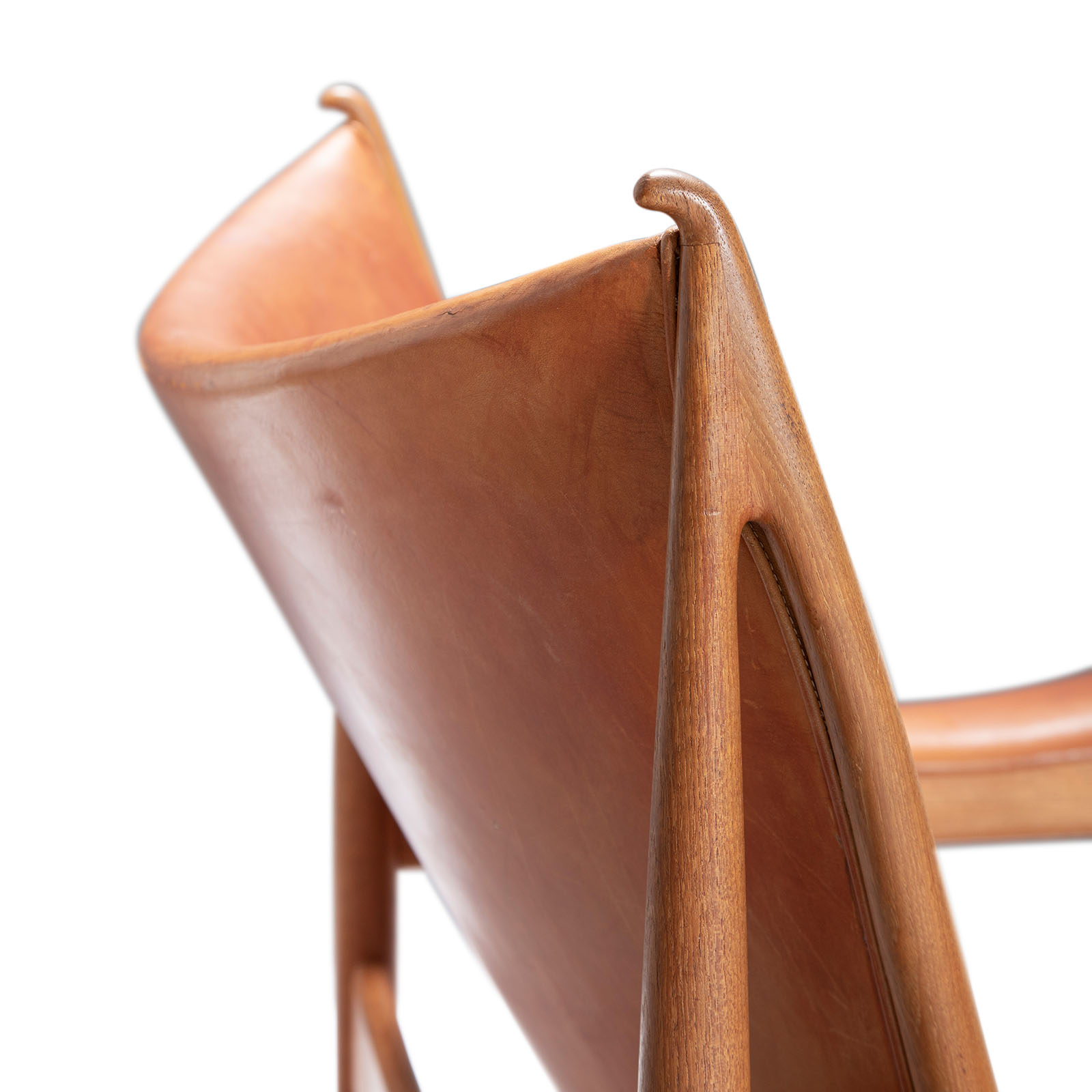 Finn Juhl is recognized as one of the leading furniture architects of the 20th Century. In the 1940s he broke with the established furniture tradition and designed a number of expressive and sculptural creations that regenerated Danish furniture design and paved the way for the international recognition of modernist Danish furniture. 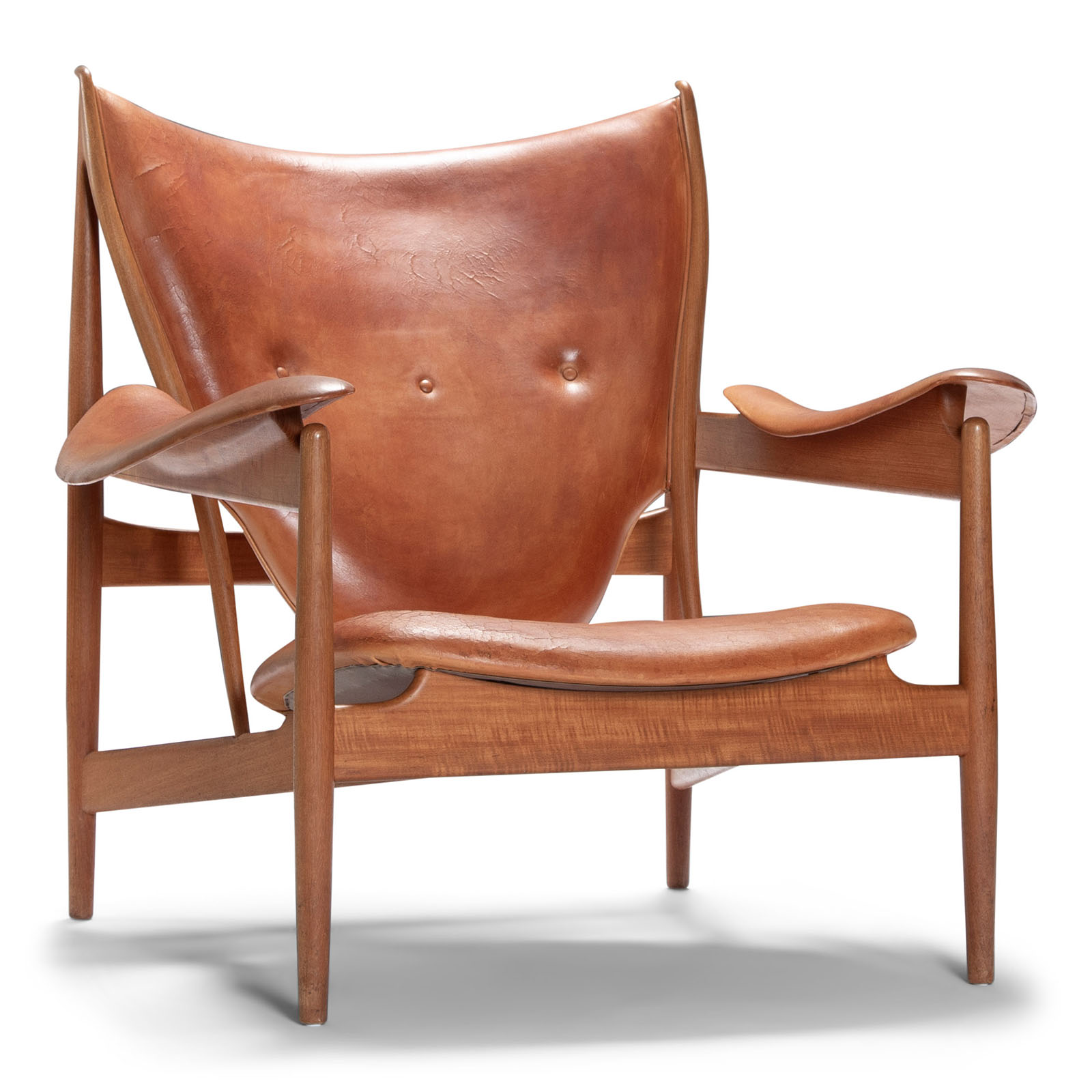